Part of our art nouveau range, the Parrot Cross Stitch Kit is a beautiful blue and green parrot. 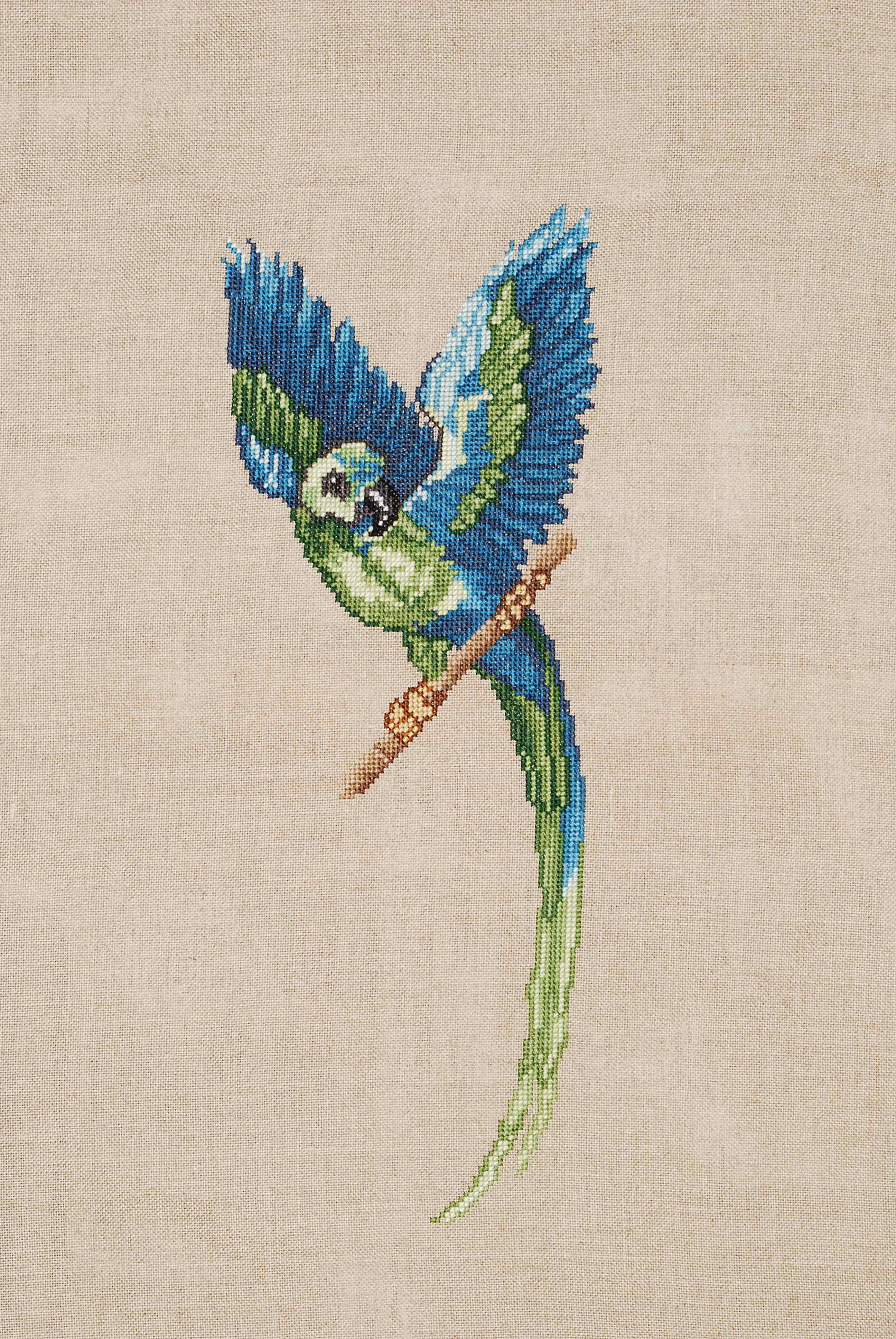 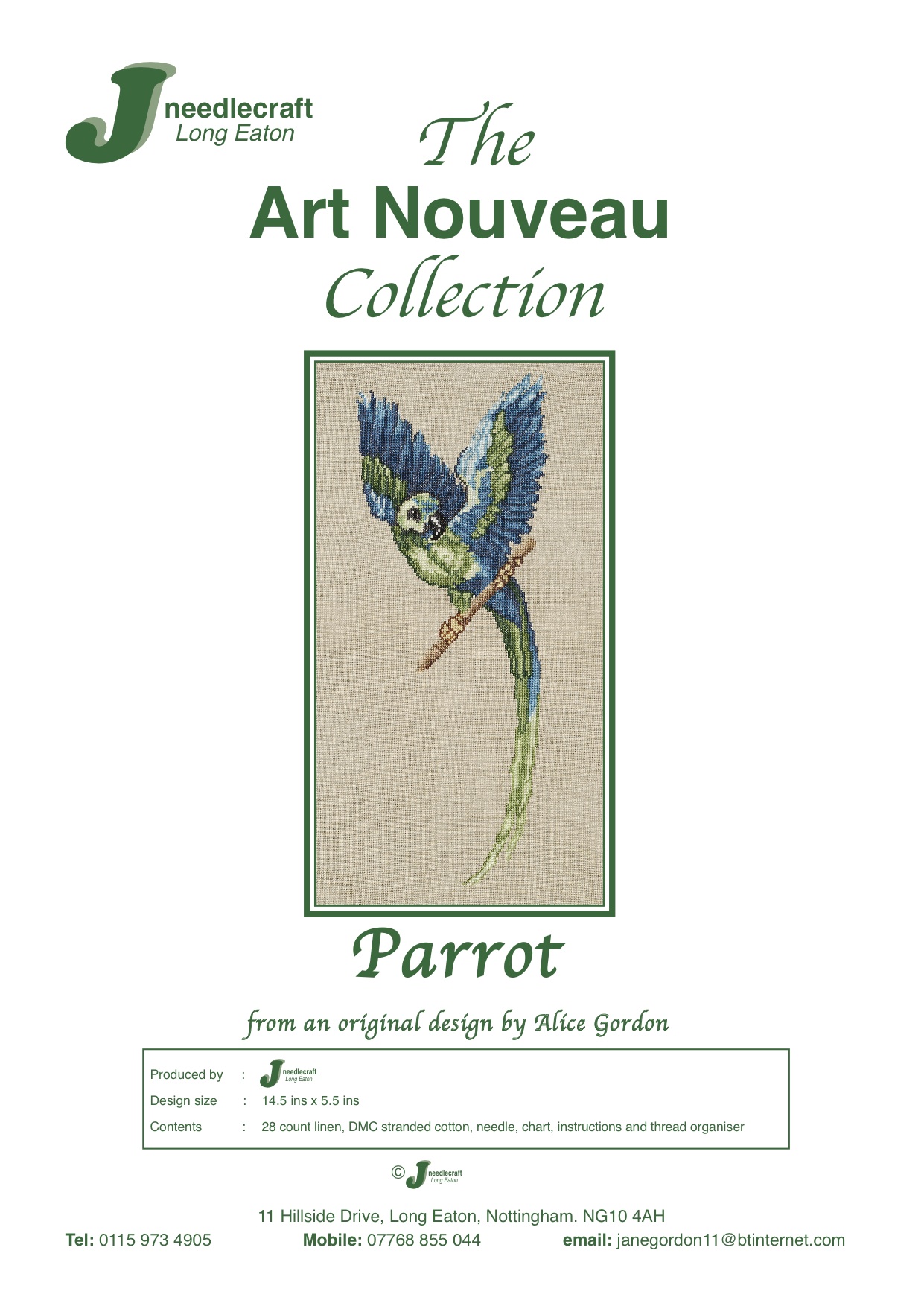 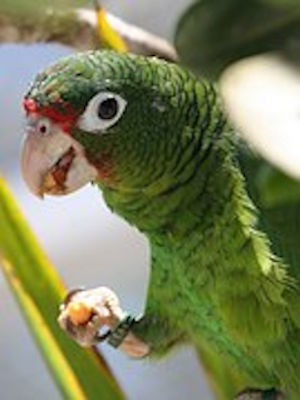 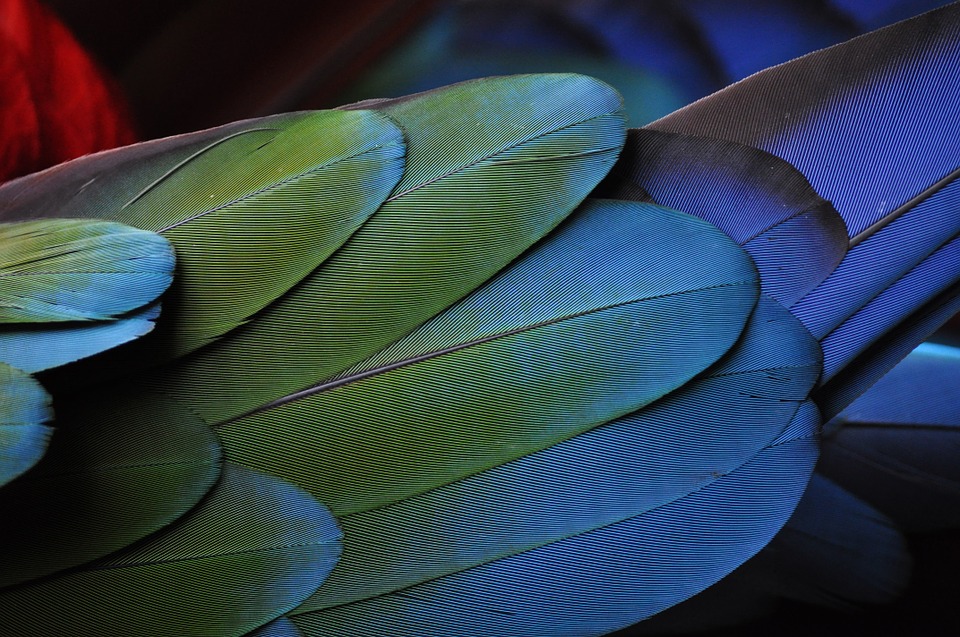 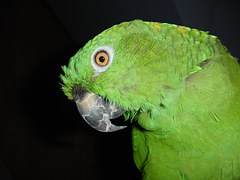 For the love of parrots

Our parrot is taken from an original painting by Alice Gordon and was painted circa 1915 in an art nouveau style.  It was converted to a cross stitch chart by Jane Gordon (grand daughter-in- law).

Parrots, along with corvids (crows, ravens, jays and magpies) are among the most intelligent birds and have the ability to mimic human voices and other noises in their surroundings. The bigger parrots are so intelligent that they can talk and interact with humans at the level of a four or five-year-old child.

Nearly 400 species make up the parrot family and are generally found in tropical and sub tropical regions – although colonies of parakeets are thriving in parts of Europe, including in the south of England.

They are high maintenance pets as they need stimulation and daily out-of-cage time to keep them happy and bonded with their ‘humans’. Owners should always source their pet parrots as hand-reared chicks from breeders in their native country and avoid pet shops unless you know the bird for sale has been bred in your country.

There has been much work to crack down on the trapping of wild parrots for the pet trade and the cruelty of the export of the captured birds – but it still remains a huge problem.

However, the happy home-bred parrot pets bring much joy to their owners and develop strong bonds with their human family, delighting them with comic capers and chatter . . . and causing stifled laughter with their mischievous behaviour!