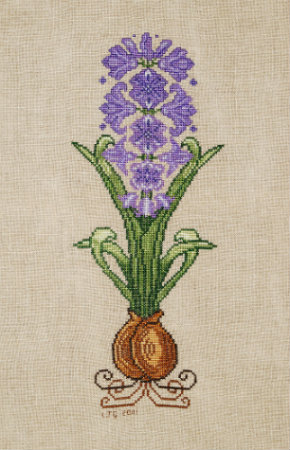 An art nouveau design from an original drawing by Alice Gordon (circa. 1917).  Hyacinths are lovely spring bedding plants, brightening up our gardens after winter. 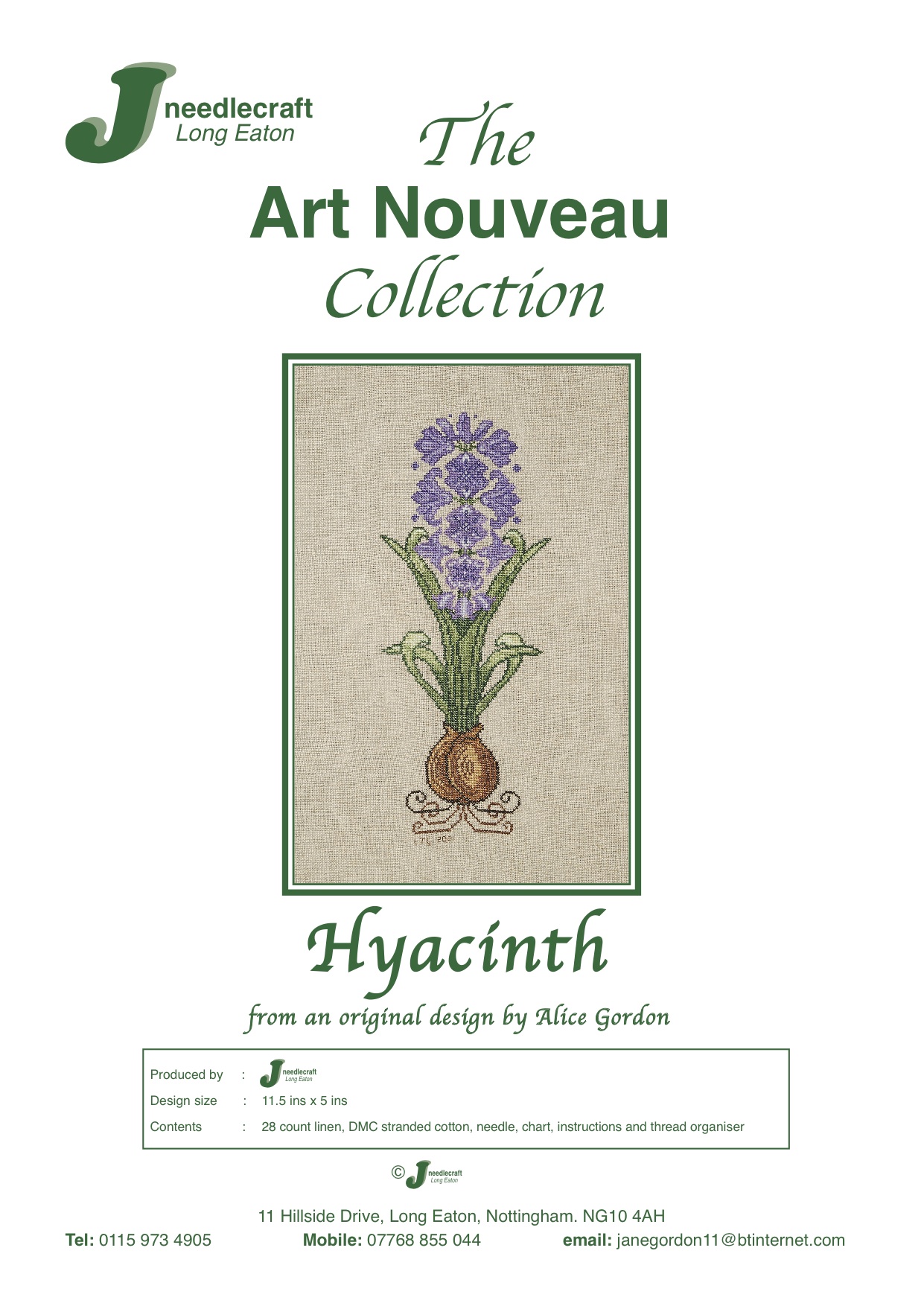 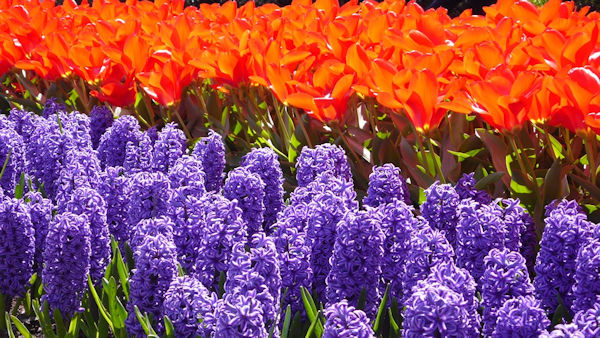 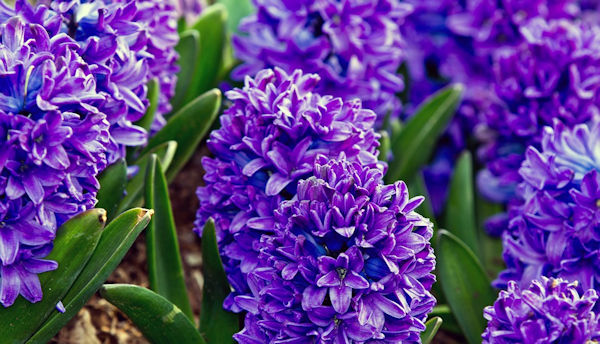 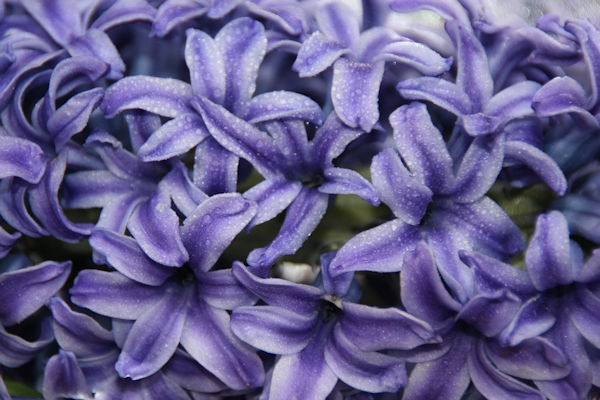 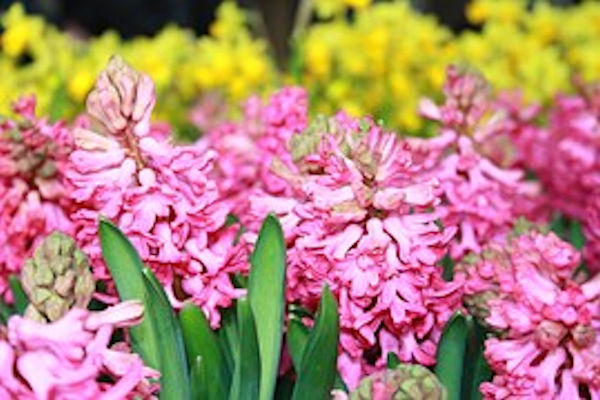 This attractive blue hyacinth cross stitch is designed in an art nouveau style and has been created from an original drawing dating back to around 1915 by Alice Gordon, grandmother–in–law of kit designer Jane Gordon.

Greek legend has it that it was the blood of the mythological hero Hyacinthus that became the Hyacinth plant, Hyacinthus was said to be a handsome young man originating from Sparta who had caught the attention of the sun god Apollo. One day they were together throwing the discus when it hit Hyacinthus and killed him. Another part of the legend suggest that Zephyrus (the god of the west wind) was jealous of the friendship between Hyacinthus and Apollo and that it was him  who had deliberately directed the discus to deliver the fatal blow.

Hyacinths are a spring flowering bulb and usually very fragrant. Each bulb produces around four to six bright, shiny and sword like leaves along with one to three flower spikes. The colours include all shades of blue and  purple, pinks and reds and white. It is a very popular garden plant and is often used in formal bedding massed together in groups of single colours for dramatic impact.

Flower bulbs are often planted early in pots indoors so that they come into bloom and produce attractive perfumed displays for the festive season.