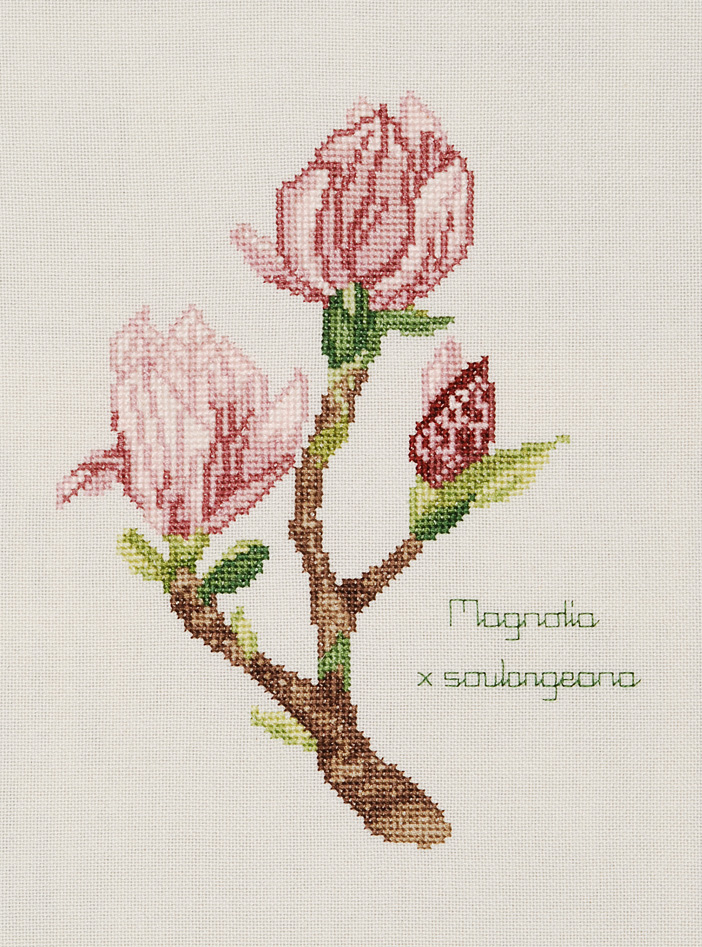 From an original watercolour by Jane Gordon.

Magnolia trees are spring flowering, with spectacular  varieties giving flowers from palest pink to deep purple.  The tree in this design stood in the garden of Jane’s aunt and was a particular favourite. 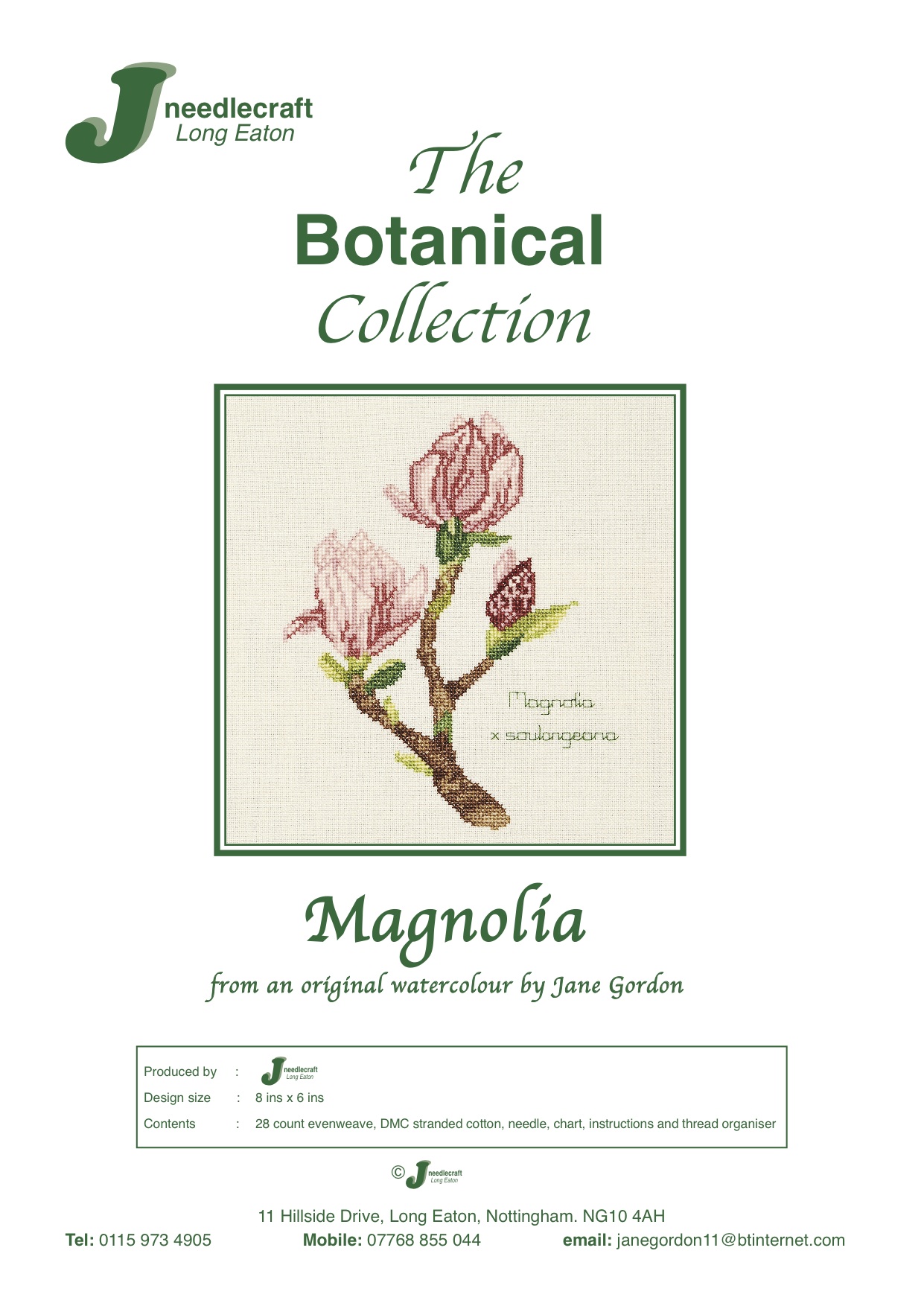 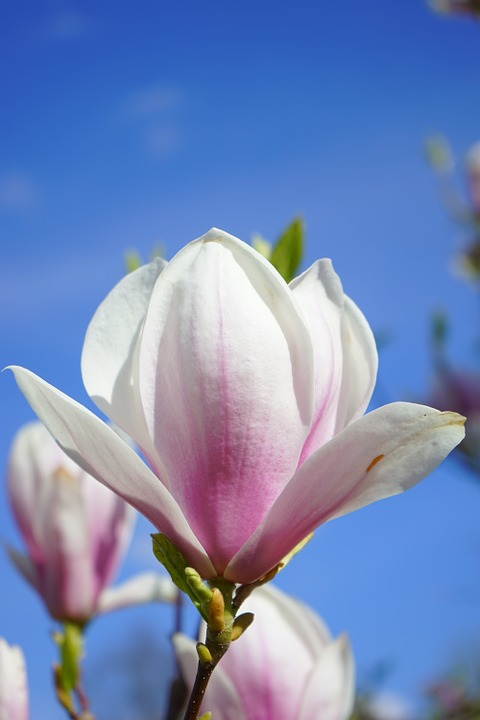 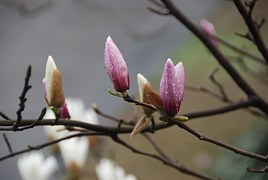 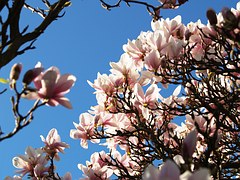 The flower of the Magnolia tree is quite spectacular and lends itself to a cross stitch picture, it seems to me to be an exotic and oriental flower which I associate with Chinese and Japanese art, I just had to add it to our botanical range.

The Magnolia is a very popular spring flowering shrub or tree named after the French botanist Pierre Magnol, it is a very old genus and fossilised specimens of Magnolia acuminata dating back 20 million years have been found.  Such an ancient species was around before bees so it relied on beetles for pollination, it is theorised that the carpels of the Magnolia are especially tough in order to withstand damage from these insects.

Magnolias are found naturally throughout the world but are widely found in east and south east Asia with a secondary centre in the Americas and the West Indies.

There are now many varieties of Magnolias ranging in colour from palest pink and cream to deep purple.

In traditional Chinese medicine the bark and flower buds of Magnolia officialis have been used for centuries to generally support the body and nurture wellbeing.  It is also used to treat intestinal problems, coughs and colds

In Japan the flowers are sometimes used to wrap food or as cooking dishes.  Magnolia obovata is used in Japanese medicine