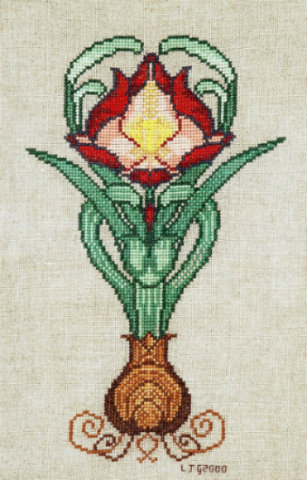 From an original design by Alice Gordon. This is a popular kit featuring a favourite garden flower in a stylish Art Nouveau design. 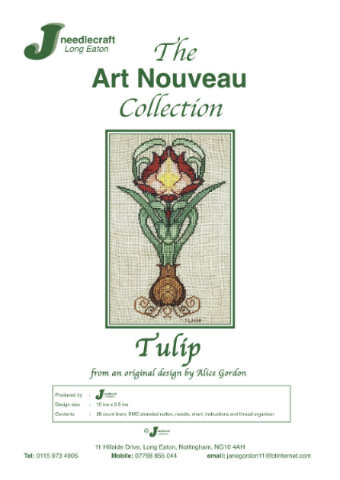 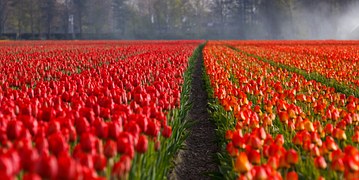 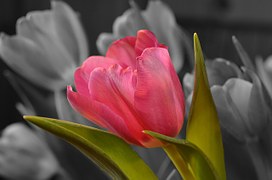 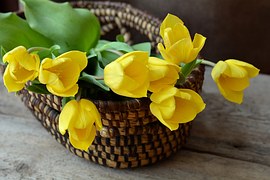 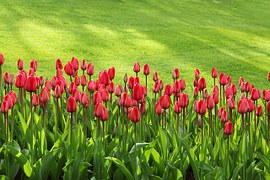 The tulip is a spring flowering bulbous perennial and comes in many different colours and styles, with new varieties added each year. Bulbs should be planted in October to November for a show of delightful spring colour.

Tulips were first grown in Persia around the 10th century, but the country most famous for growing tulips is the Netherlands where they were grown from the mid 1500s. From 1634 – 1637 tulip growing became extremely popular and competitive, triggering a period known as ‘tulip mania’. During this period tulips were traded, mainly from the backrooms of taverns, for many thousands of guilders. Fortunes were made and many were lost in the inevitable crash in 1637. Luckily for us the tulip remained a favourite flower and was still grown in the Netherlands, Europe and America.

In 1944-45 there was a period of famine in the German occupied area of the Netherlands, known as the “Hunger Winter’ where it is estimated that around 22,000 people died. Due to the war no tulips had been planted that year and farmers had large stocks of dried bulbs. The Dutch authorities decided to use these bulbs to feed the starving population. The tulip bulbs were nutritious and quick to cook so used less fuel. However, there were side effects, many developed a rash and tragically, some of the starving died from toxic poisoning caused by eating the bulbs.