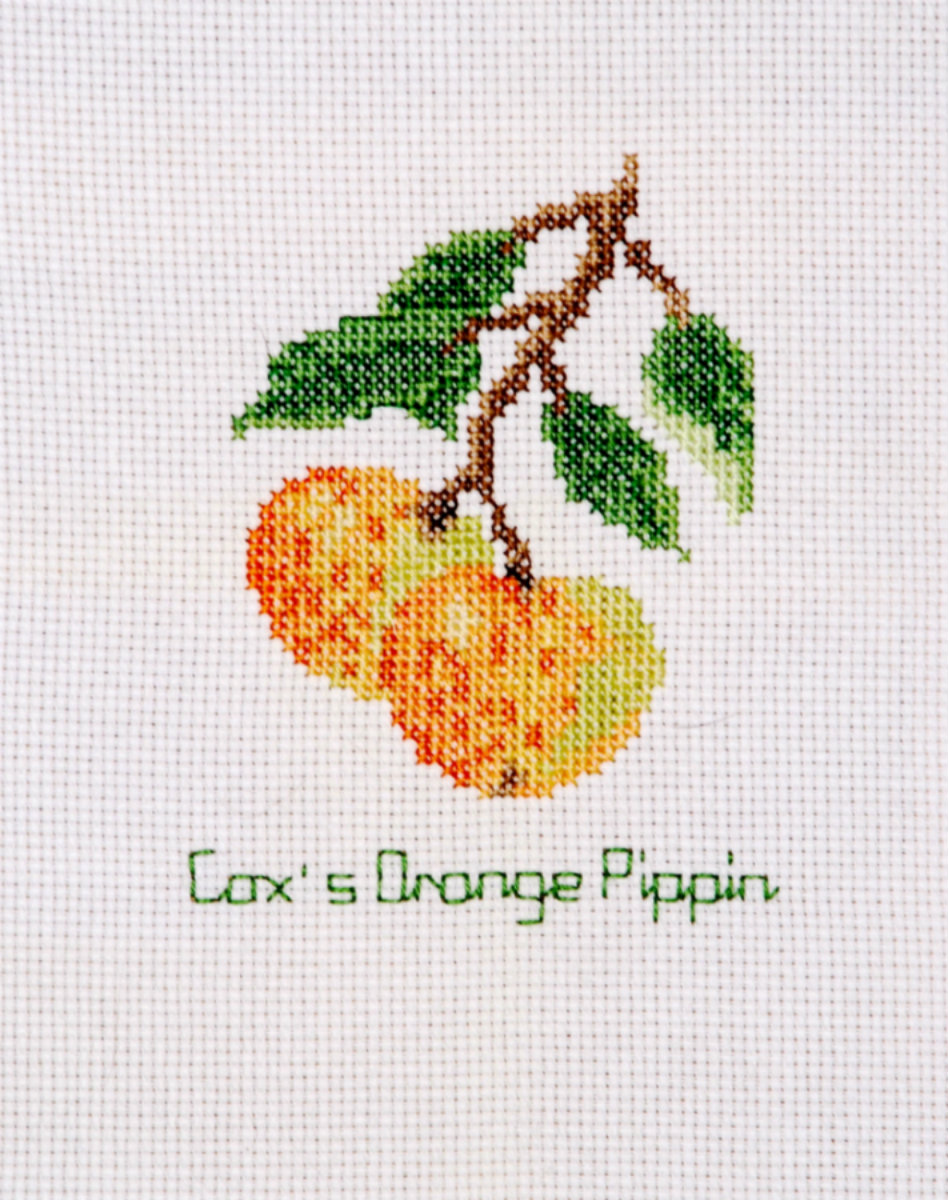 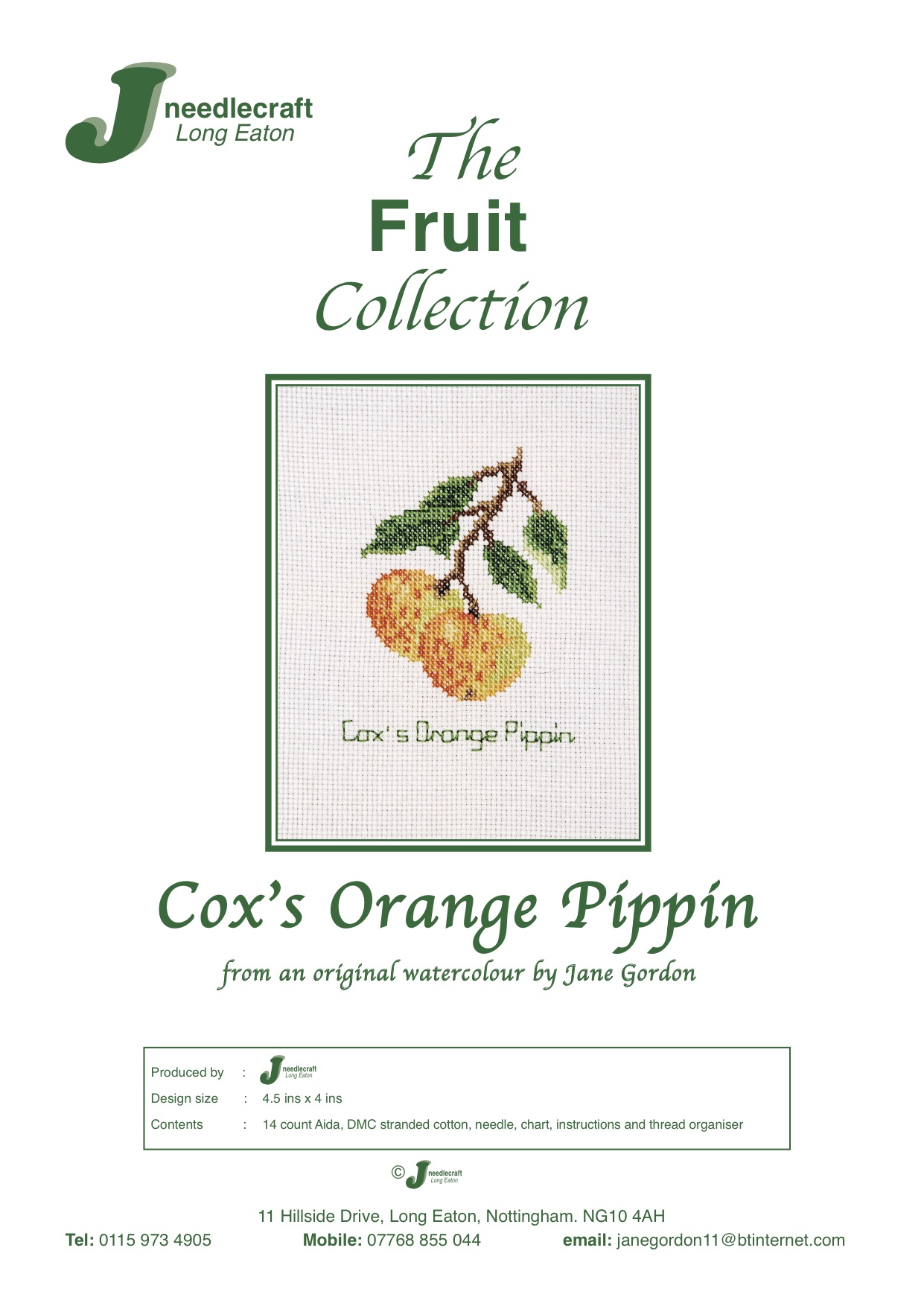 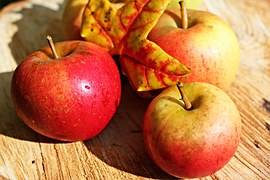 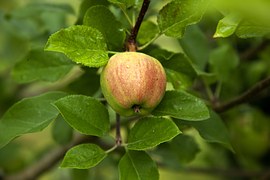 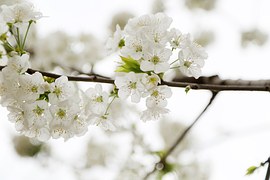 This very attractive medium-sized apple has a lovely orange-red colour which deepens to a brighter red with a yellow background. It is a very popular variety, particularly in Great Britain where it accounts for over half of the country’s dessert apple production.

This apple was first grown around 1830 at Colnbrook in Buckinghamshire, England by retired brewer and horticulturist Richard Cox and was first introduced for sale in the 1850s by a Charles Turner and commercially grown from the 1860s onwards. The Vale of Evesham in Worcestershire and Kent are well known for the production of this apple.

It is understandably one of the United Kingdom’s favourite dessert apples thanks to its fresh, crisp and very juicy flavour. This is another variety that can be simply picked up and eaten or sliced into a salad. It is very tasty accompaniment to a portion of bread and cheese or, as with most apples, as part of a traditional English ploughman’s lunch.

While it is known as a dessert apple, it is tasty at any time you fancy a healthy snack. It has a reputation for not cooking well as it tends to break down into froth – although there are some that enjoy this.

Those who enjoy a tipple will be delighted to know that Cox’s Orange Pippins are often blended with other varieties in the production of cider.

These lovely apples were a natural addition to the fruit series of cross stitch kits. The completed cross stitch looks lovely on its own when framed or adds to a stunning display when hung on a wall as part of group featuring our other fruit designs.