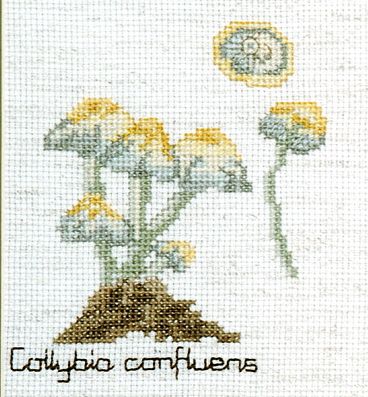 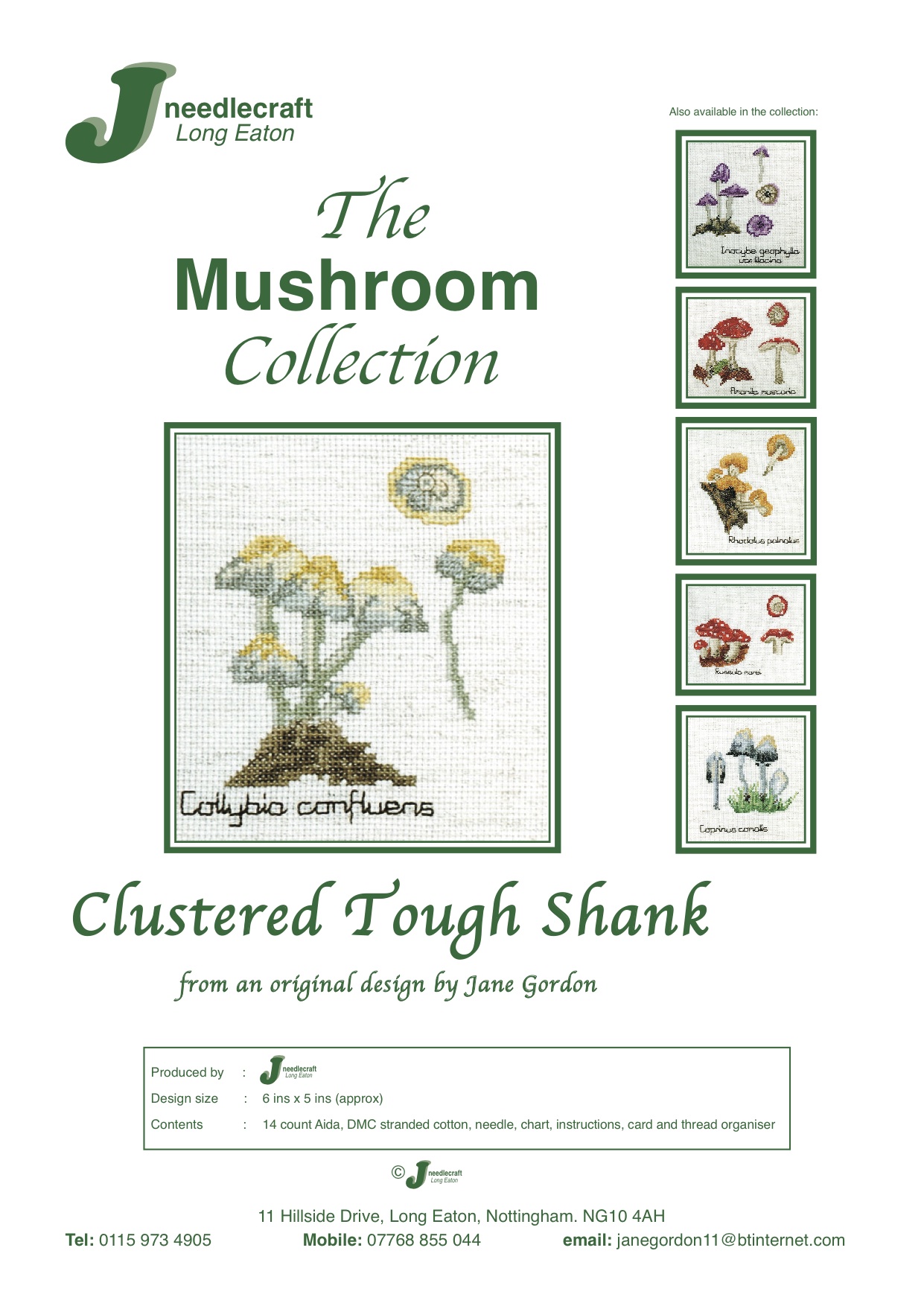 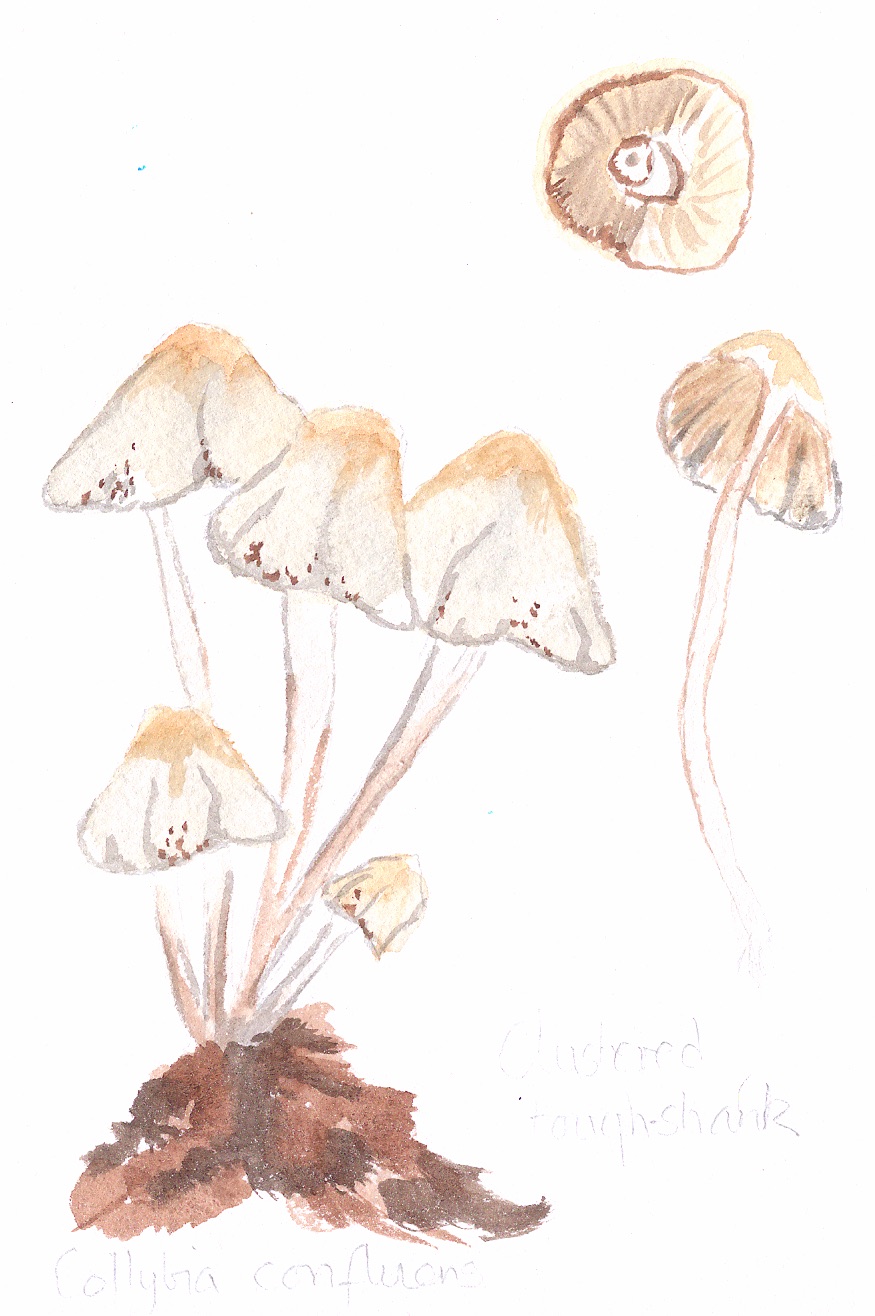 This little woodland mushroom is very common from summer to late autumn in deciduous or mixed woods throughout Great Britain and Ireland, although it can be found in warmer countries on mainland Europe and Asia. It grows in dense tufts and forms delightful fairy rings in the leaf litter.

The Clustered Toughshank is professed to be edible but has a very indistinct taste. It is recorded in many field guides as ‘edible but worthless’  and not worth the trouble. Its cap flesh is very thin and insubstantial and, as the name suggest, the stems are very tough.

However, it is a pretty mushroom and worth a walk in the woodland to seek it out in its natural habitat.  Our cross stitch kit of this lovely  mushroom was developed from a watercolour and is one of our Mushroom Collection that features six kits in total.

The Clustered Toughshank mushroom cross stitch kit is one of a series of six different mushrooms from original watercolour paintings by our designer.  These six kits were created to look good individually or spectacular as part of group.