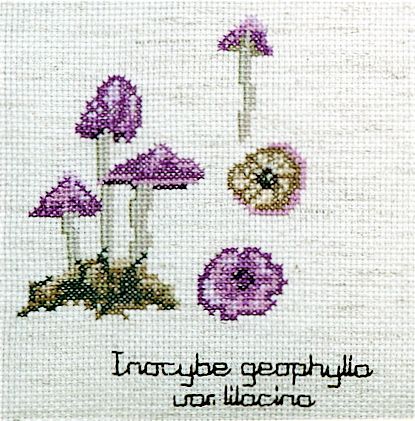 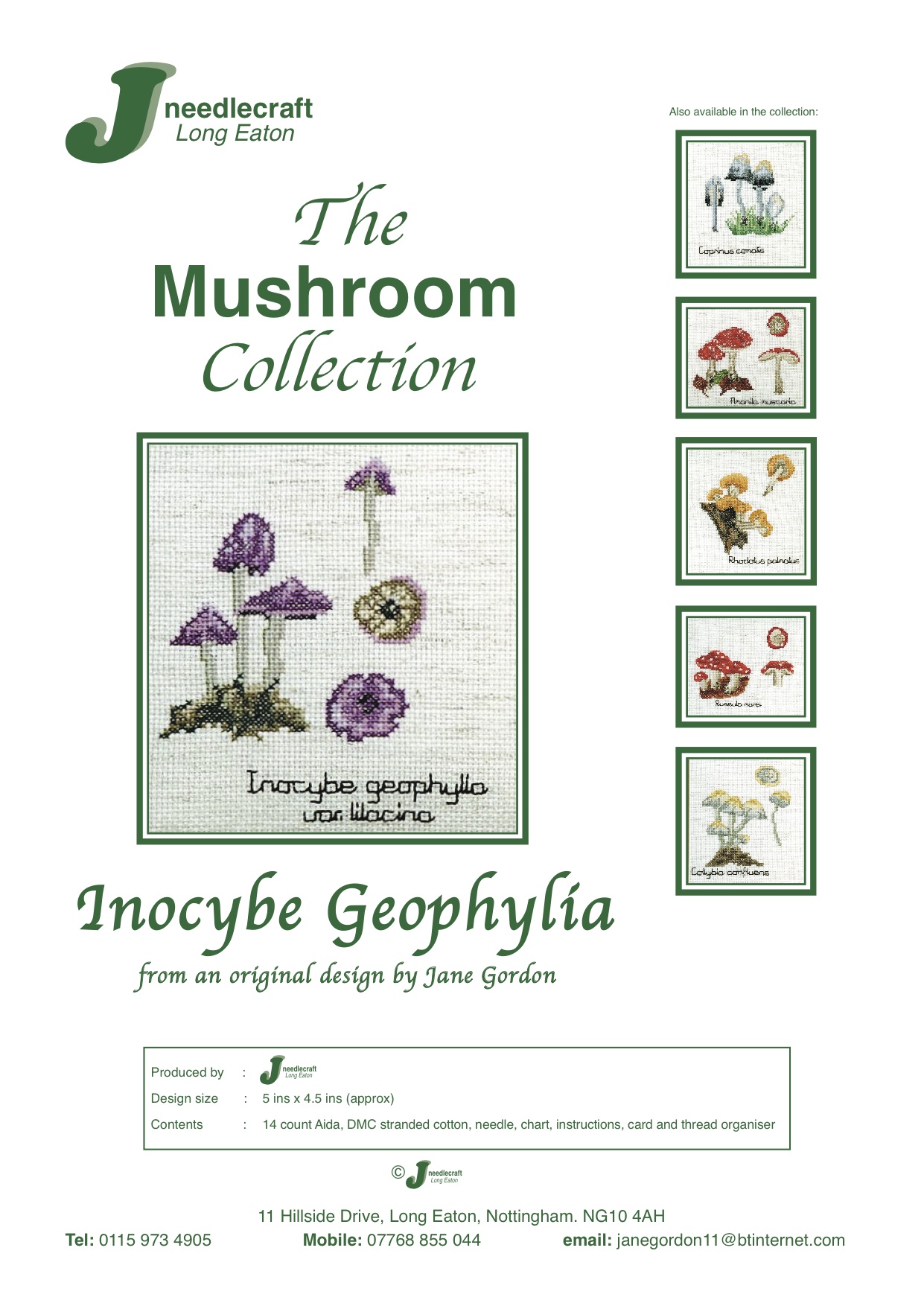 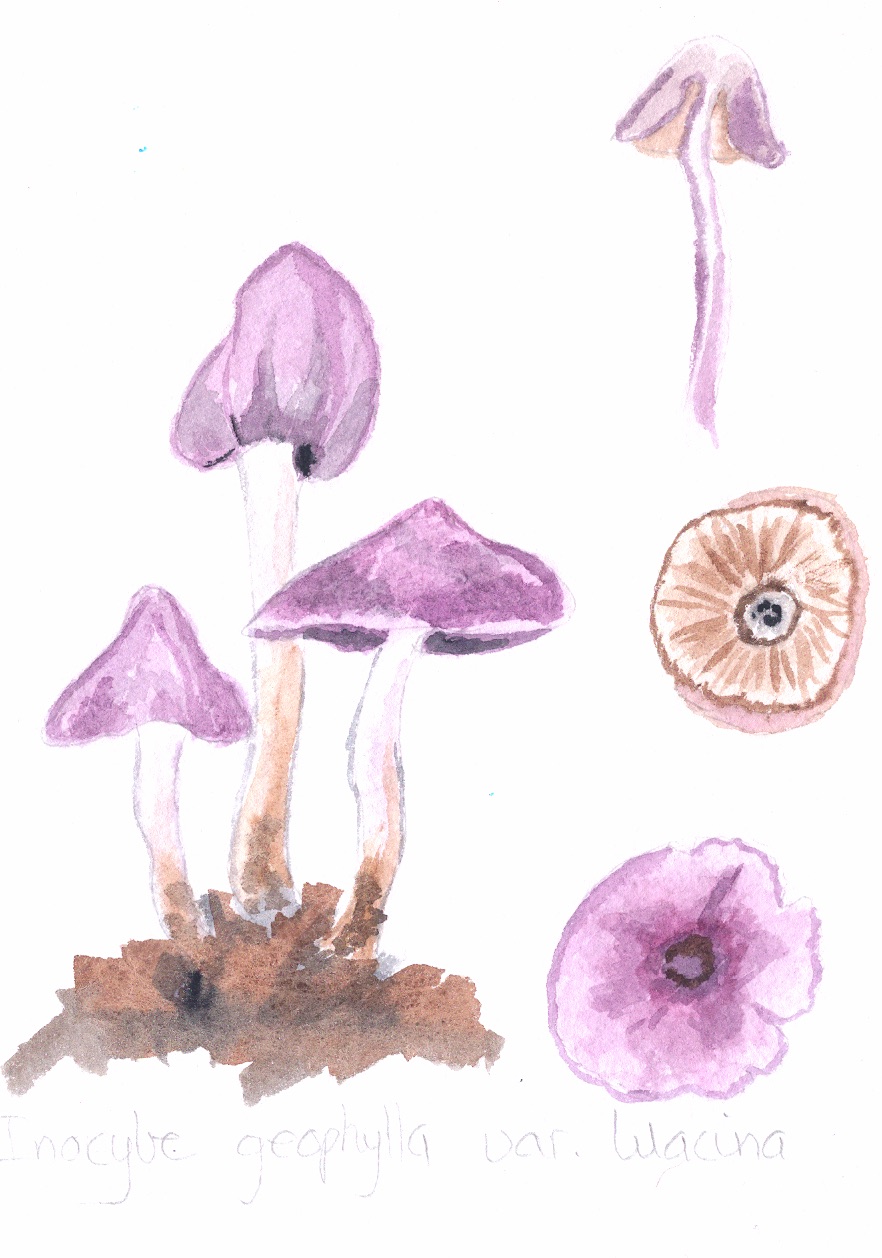 The Inocybe geophylla mushroom is a striking lilac colour and grows alongside paths in all types of woodland, it is found in summer to autumn.  It has a strong earthy or mealy smell and an acrid taste – do not be tempted to try this one as it is poisonous!

It contains muscarine and the symptome of ingesting the mushroom are those of muscarine poisoning – increased sweating, perspiration and tear flow, this can happen within 15 to 30 minutes, followed by abdominal pain, nausea, diarrhoea, blurred vision and laboured breathing.  It cannot be repeated often enough – do not eat any foraged mushrooms unless you really are an expert.

The Inocybe geophylla mushroom cross stitch kit is one of a series of six different mushrooms from original watercolour paintings by our designer.  These six kits were created to look good individually or spectacular as part of group.