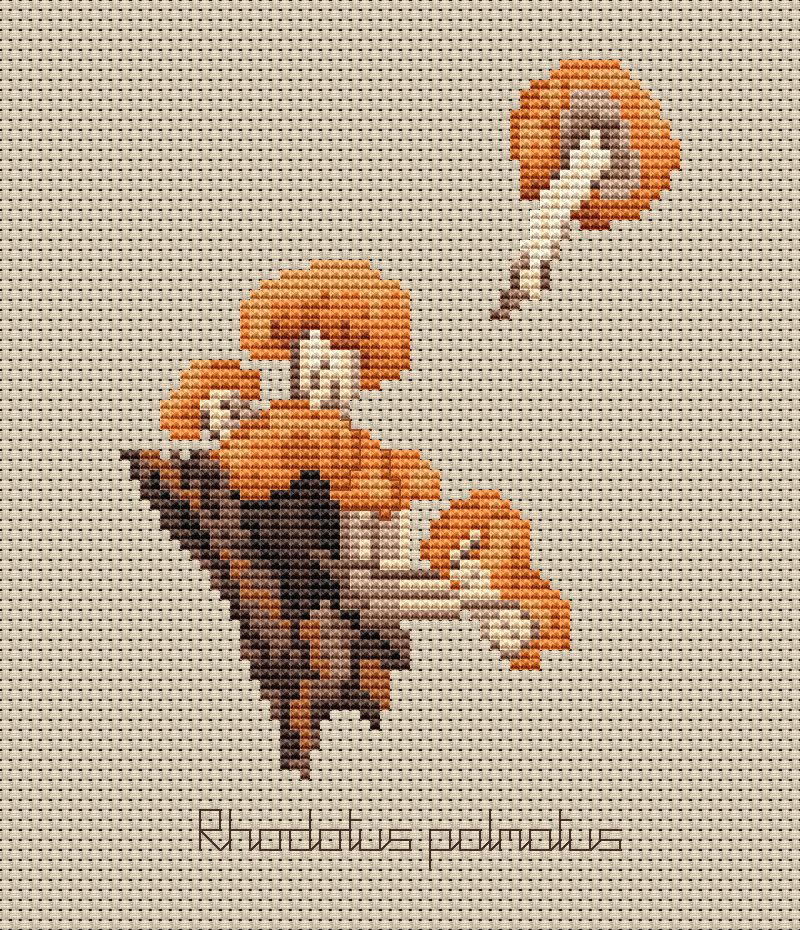 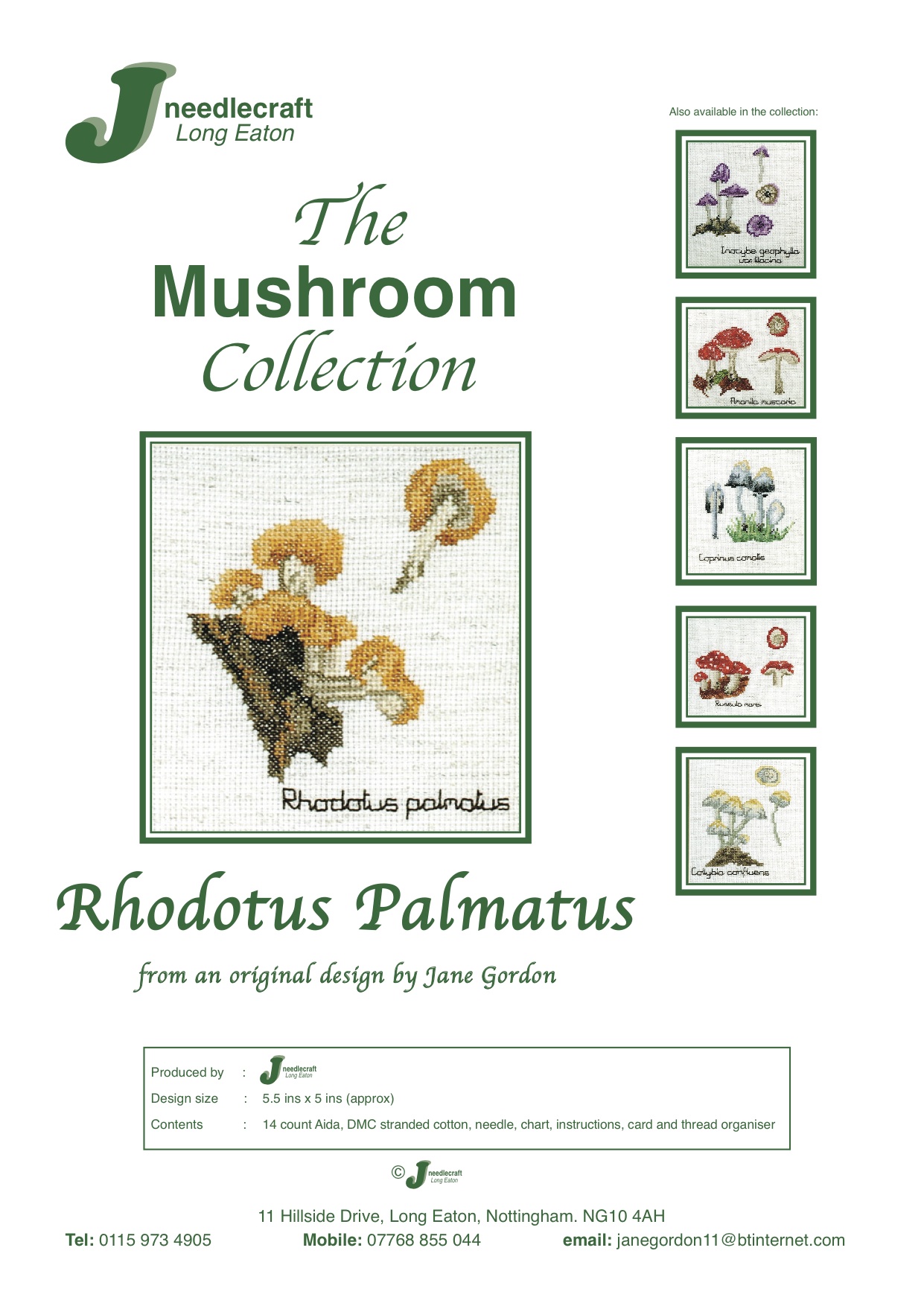 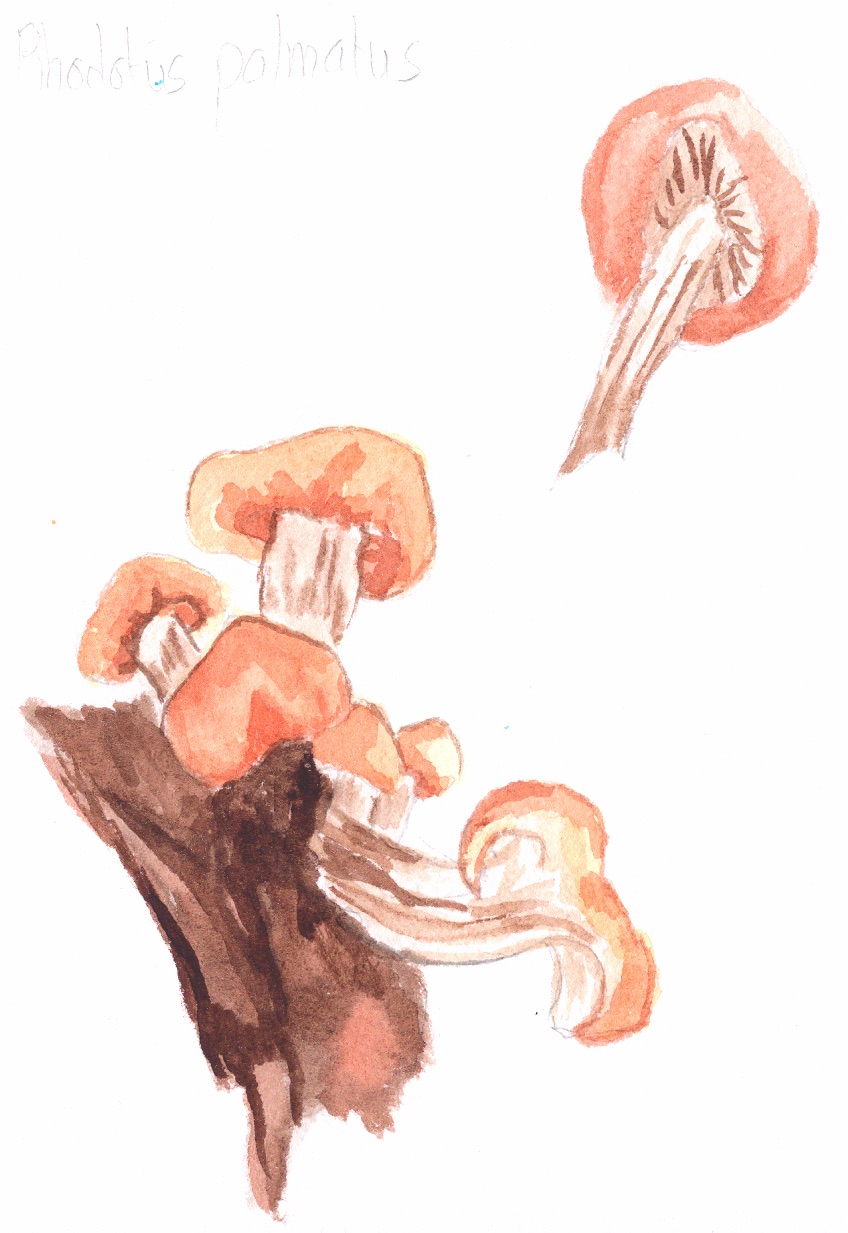 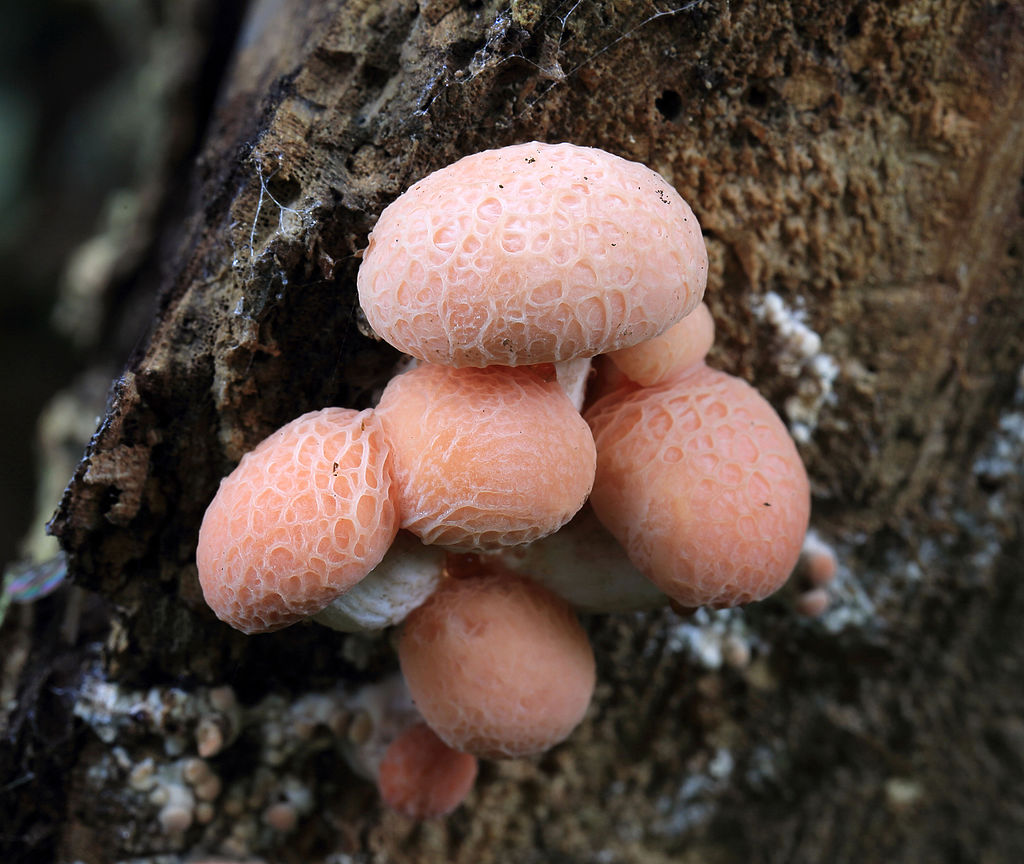 This attractively coloured mushroom is often described as beautiful and spectacular when at its peak.  This was the inspiration for the design and creation of this kit.

The Rhodotus palmatus mushroom appears pink in colour at first before ripening to peach and finally to apricot. It grows on elm logs or beams in early autumn to winter and used to be rare but, due to Dutch elm disease in Britain, it has become a little more common.

However, across Europe increases in the levels of air pollution during the 1980s as well as changing land uses led to declines in the populations of certain mushrooms  – including Rhodotus palmatus.

It is listed as critically endangered, endangered or near threatened in 12 European countries.  In 2005 it was one of 35 fungal species to gain legal protection in Hungary where you can be fined if you are caught picking one.

This mushroom is not edible.

The Rhodotus palmatus mushroom cross stitch kit is one of a series of six different mushrooms from original watercolour paintings by our designer.  These six kits were created to look good individually or spectacular as part of group.