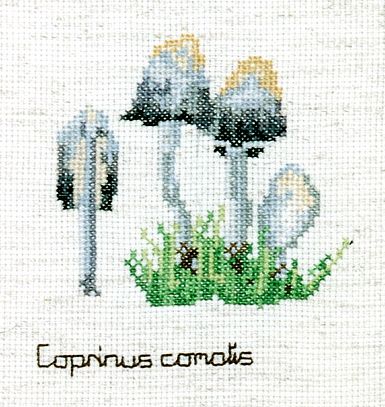 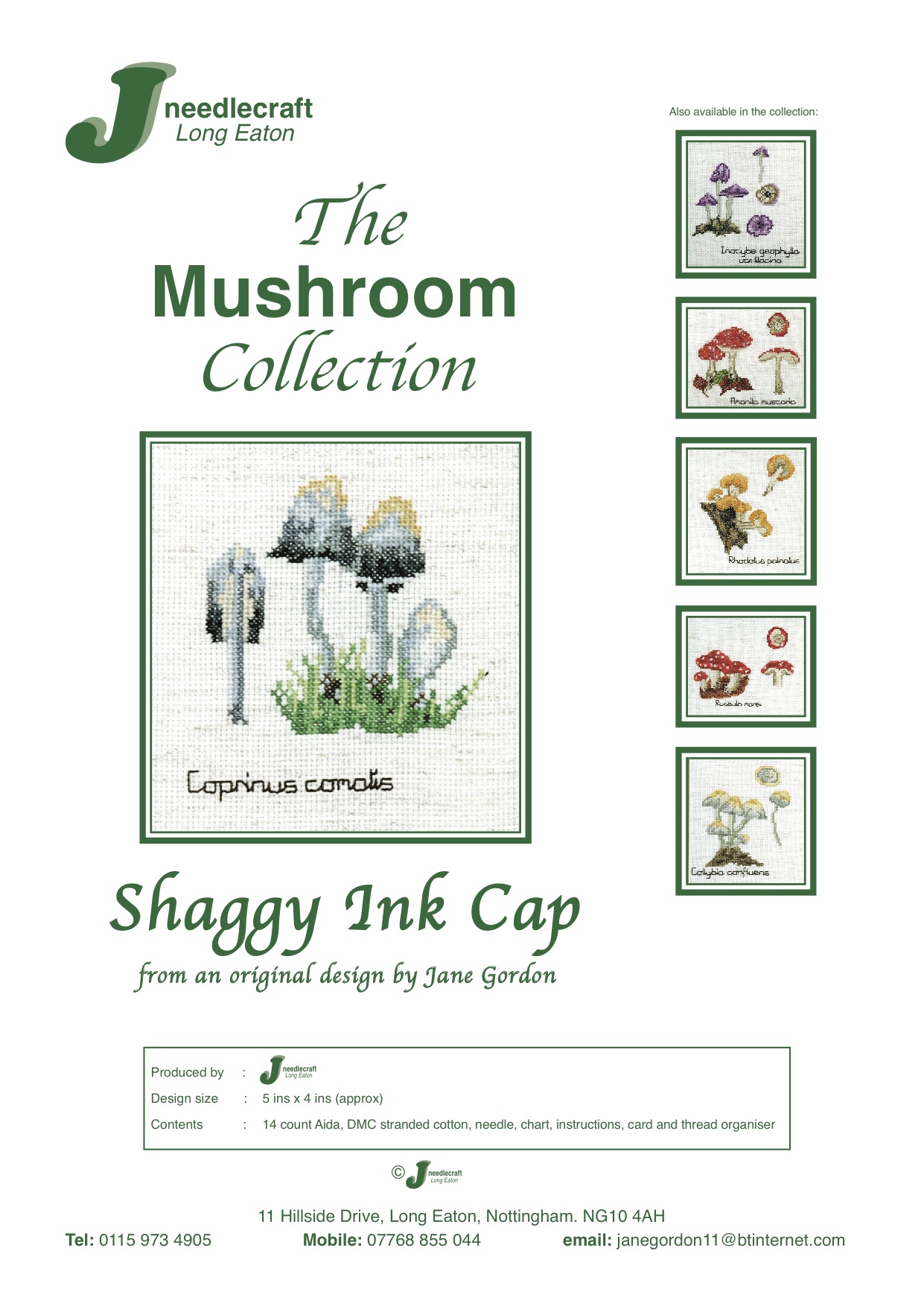 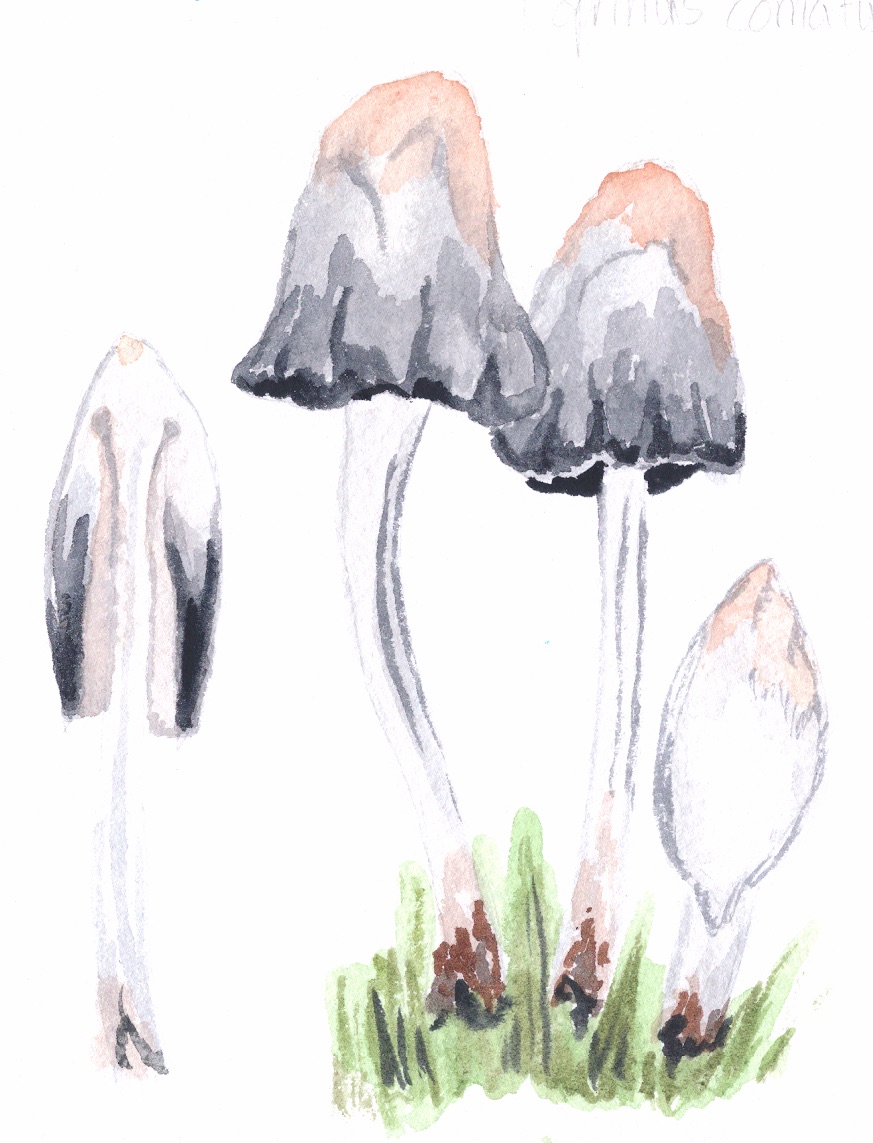 This one of a series of six different mushrooms from original watercolour paintings by our designer.  These six kits were created to look good individually or spectacular as part of group.

Our Shaggy Ink Cap Mushroom Cross Stitch Kit features this attractive cylindrical mushroom, which is soft beige at tip, fading to white with an inky black edging to the the bottom of the gills.  These common mushrooms grow in grassy areas, at roadsides, in fields, lawns, rubbish heaps and with a particular liking for freshly turned soil.  They are usually found in late summer to Autumn.

They have a pleasant smell and are edible when young but should be eaten soon after being collected as it starts to decompose very quickly. However, do not eat any mushroom or toadstool unless you are really sure of the variety.

It grows in groups and can also be found in Europe and North America, from June to November in the UK. It was introduced to Australia and New Zealand and by the early 1980s was so common that it even featured on a postage stamp issued by the Australian postal service.