Frida relaxing in this cross stitch design by Jane Gordon 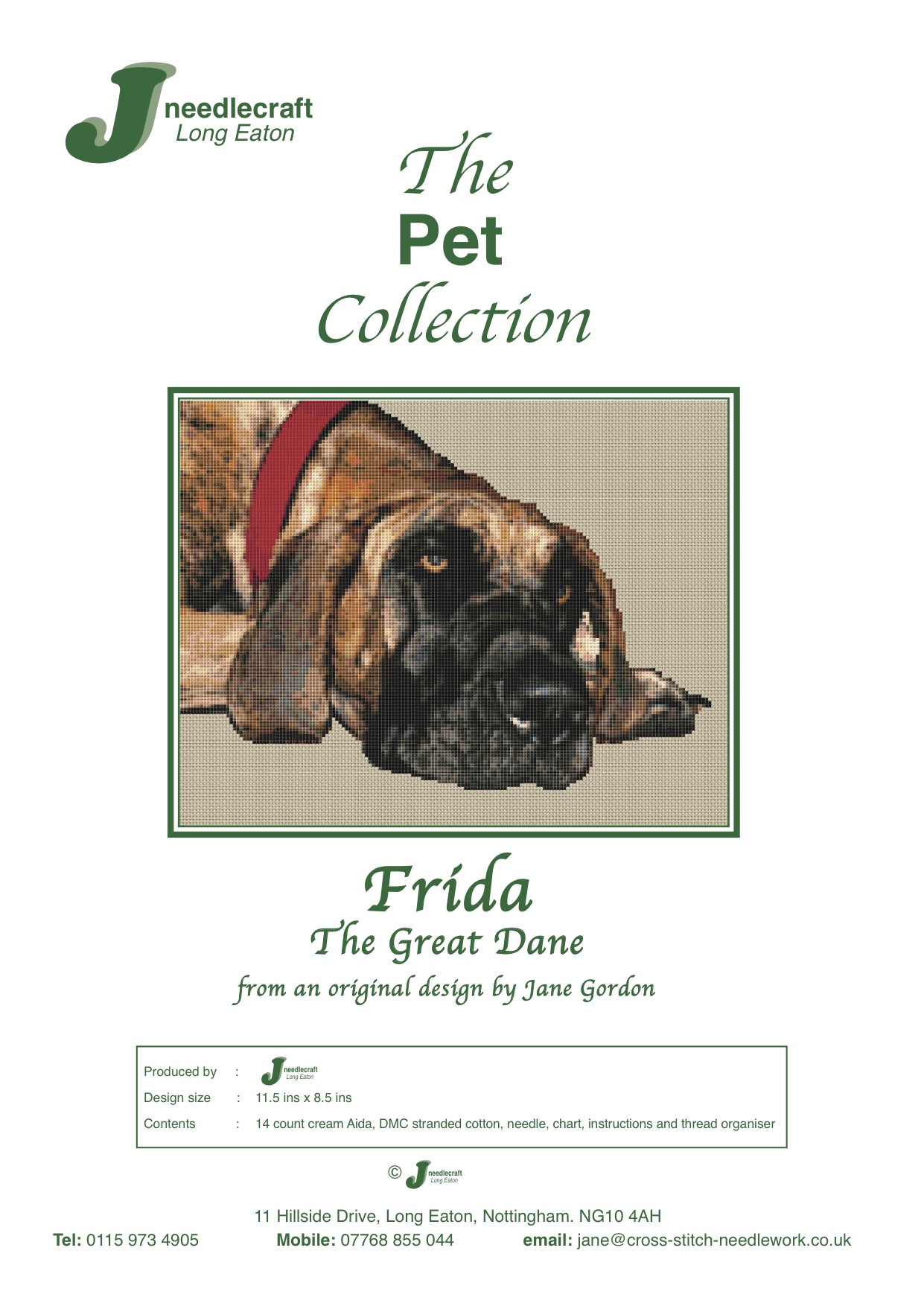 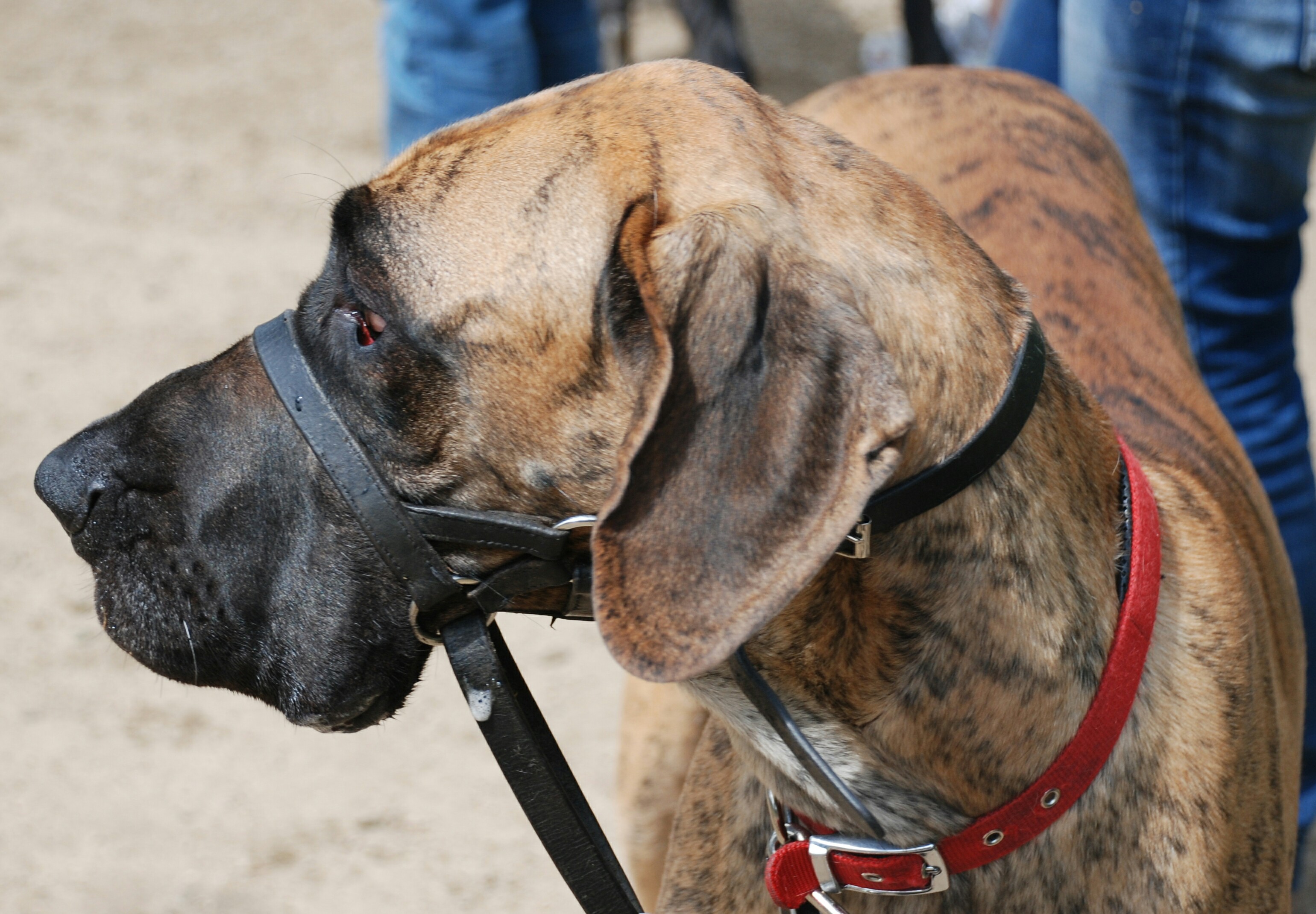 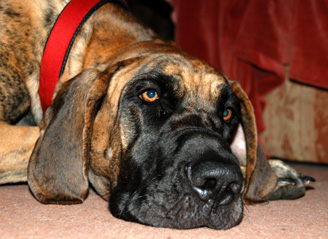 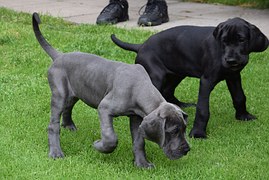 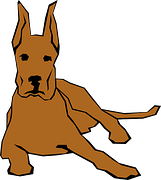 This cross stitch kit was developed from a photograph of Frida while she was enjoying an early evening nap. Frida is a brindle Great Dane belonging to our kit designer Jane Gordon who couldn’t resist creating this cross stitch kit – which has already proved popular with dog lovers.

Frida is a typical Great Dane and would snooze 24 hours a day given a chance! But, providing it’s not raining, she does enjoy her walks once she has been persuaded to leave her comfy bed. There is another cross stitch Great Dane in development – this time of Harley, Jane’s aptly-named Harlequin Great Dane.

The first interesting fact about this breed is that they aren’t actually Danish. It is believed that dogs similar to the Great Dane were around approximately 2,000 years ago and that ones that more closely resembled a Great Dane were used by one of the tribes of Asia called the Assyrians. The dogs were used for hunting wild boar and as a fighting dog – making them a much feared breed.

Over the centuries the breeds popularity developed throughout the German empire and the Great Dane is now recognised as a German dog, where it is known as Deutsche Dogge or German Mastiff. During this time the breed’s ferocious nature  was tamed and they became the loving and gentle characters that we know today. One interesting fact is that Prince Otto von Bismark kept them as his own personal pets.

In Europe and America it is still common practice to crop their ears so that they stand upright. This was originally to prevent the ears from being bitten when they were used as hunting dogs. However, in the United Kingdom this tradition is seen as barbaric and unnecessary and has been banned.